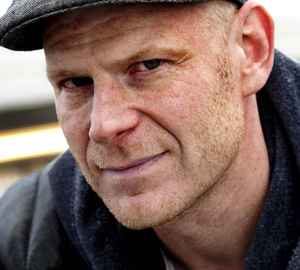 Nome real:
Tom Holkenborg
Perfil:
Junkie XL started as a live-act in 1995 and debuted in 1997 with their album "Saturday Teenage Kick".
Even though Junkie XL was technically a group, all tracks were created and produced by Tom Holkenborg (born 8 December 1967 - Lichtenvoorde, The Netherlands). Junkie XL "officially" became a solo project when Rudeboy left the group after the "Big Sounds Of The Drags" album.

14 de novembro de 2015
every soundtrack or ost that brings him on or features him is bound to be great. the dude makes some of the weirdest but some of the most headbanging analog-based electro beats around.
Responder Notifique-me Helpful

Tom uses the nickname Junkie XL because he's usually described as "studio-junkie" and XL comes from "eXpanding Limits", because Tom is always expanding the limits of music, space, time and EVERYTHING! And I think, he couldn't choose a more appropriate alias - he surely CAN and DOES push the limits of everything.

31 de maio de 2004
Without a doubt one of the best electronic producers of recent years, as well as engineering sasha's incredible 'Airdrawndagger' album, he also released his own album, and has done remixes for the likes of Sarah McLachlan, BT, Infusion, and ofcourse Elvis.

15 de junho de 2002
"A Little Less Coversation" is going to shift some units, and JXL is going to end up with a big pile of cash. Which is thoroughly deserved, if you asked me, because he is an excellent producer. Well, he must be if he's good enough to work with Sasha. Pumpin' without the cheese - impressive.
Responder Notifique-me Helpful