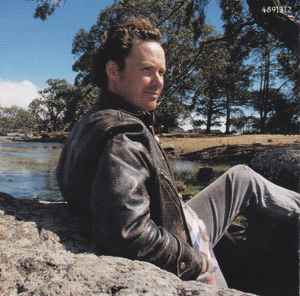 Nome real:
Neil Murray
Perfil:
Neil James Murray (born 1956) is an Australian musician, singer-songwriter-guitarist and writer. He was a founding member of the Warumpi Band (1980–88, 1995–2000) which was the first major influential Aboriginal rock group with mostly Indigenous members. Murray was recognised as one of Australia's foremost songwriters at the APRA Awards of 1995 by winning Song of the Year for "My Island Home".
Murray has had a solo career since 1989 and had issued eight studio albums by 2014. Murray regularly performs throughout Australia, either with a backing band, The Rainmakers, or solo. He undertook a series of performances with Shane Howard (ex-Goanna), as 2songmen from 2006 to 2007. A similar set of gigs, One of those Tunes, occurred with Jim Moginie (Midnight Oil) from mid-2013 to early 2014.
Sites:
neilmurray.com.au, Wikipedia
Em Grupos:
Warumpi Band
Variações:
Visualizando tudo | Neil Murray (2)
Murray, N. Murray, N.Murray