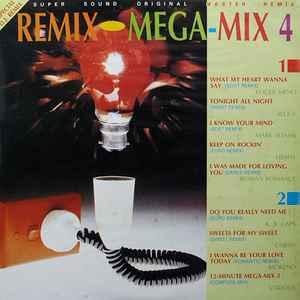 All tracks are remixed versions.

Track B4 is incorrectly listed as "Various", it's a Ken Laszlo megamix.
Also released with black vinyl.