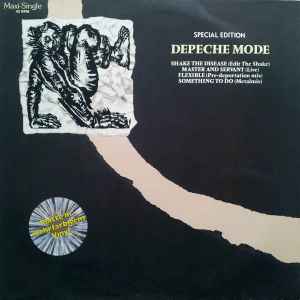 With thanks to Swiss Radio DRS3

Printed logo on cover "Platte in mehrfarbigem Vinyl".
Released in a clear semi-stiff inner sleeve
The area containing the illustration on the front & back of the sleeve are gloss, while the rest is matte.


The seller assumes all responsibility for this listing. The seller is responsible for the sale of their items and for managing any issues arising out of or in connection with the contract for sale between the seller and the buyer.

Media: Near Mint (NM or M-) A nearly perfect record. The record should show no obvious signs of wear.

Media is Played, Handled with Care, the sleeve has one or more of the following Scuff Marks, Ring Wear, Spine Damage. - We Always Ship Tracked and Insured. ~LS 1