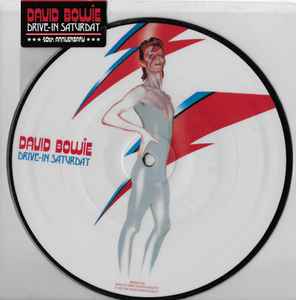 Specially released for Record Store Day 2013, April 20th, in a limited edition of 3000 copies. Released in a clear sleeve sealed at the top left by a custom sticker. Track durations are not given on the release. Made in the EU.

A side is in stereo; AA Side is in mono recorded at ‘London Weekend Television..... South Bank Studios, London, broadcast on 17th January, 1973’.

Automatic Cancellation Policy: Orders will be cancelled if payment is not received within 7 days. $5 within US - $20 for rest of world

The seller assumes all responsibility for this listing. The seller is responsible for the sale of their items and for managing any issues arising out of or in connection with the contract for sale between the seller and the buyer.

Media: Mint (M) Absolutely perfect in every way. Certainly never been played. Should be used sparingly as a grade.

Automatic Cancellation Policy: Orders will be cancelled if payment is not received within 7 days. $5 within US - $20 for rest of world