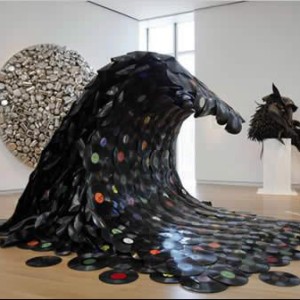 July 28, 2015
hmm..seems that I was too fast at first glance. There are just the same errors as on many of these compilations. But when I saw A7 + Exstasy + Le Patterson Singers, I was convinced, that this was just one of the cheap low budget compilations. It's not that bad after all :-)

December 26, 2014
My copy has a CDR inside the sleeve instead of vinyl. Does anybody know, if this was also a regular release?
See 1 reply

in Germany the Heartbeat 7'' was included
See 1 reply

April 18, 2011
on other releases the A-Side is credited to McGuinn and Hippard - so this might be wrong credits

The song was originally a Jamaican folk song. Its popular version was adapted by Irving Burgie. It was thought to be sung by Jamaican banana workers, with a repeated melody and refrain (call and response), with each set lyric there would be a response from the workers but with many different sets of lyrics, some possibly improvised on the spot. The first recorded version was done by Trinidadian singer Edric Connor and his band "Edric Connor and the Caribbeans" in 1952, on the album Songs From Jamaica; the song was called "Day De Light".[1] It was also recorded by Jamaican folk singer Louise Bennett in 1954. In 1955, singer/songwriters Irving Burgie and William Attaway wrote a version of the lyrics for the Colgate Comedy Hour in which the song was performed by Harry Belafonte.[2] This is the version that is by far the best known to listeners today, as it reached number five on the Billboard charts in 1957 and later became Belafonte's signature song. Side two of Harry Belafonte's 1956 Calypso album opens with Star O, a song referring to the day shift ending with the first star seen in the sky. Also in 1956, folk singer Bob Gibson, who had travelled to Jamaica and heard the song, taught his version of it to the folk band The Tarriers. They recorded a version of that song that mixed in the chorus of another Jamaican folk song, "Hill and Gully Rider", and released it, spawning what became their biggest hit. It outdid Belafonte's original on the pop charts, reaching number four. This version was re-recorded by Shirley Bassey in 1957, and became a hit in the United Kingdom.[3] The Tarriers, or some subset of the three members of the group (Erik Darling, Bob Carey and Alan Arkin) are sometimes credited as the writers of the song, perhaps because their version of the song, which mixed in another song, was an original creation. (Wikipedia-Quote)