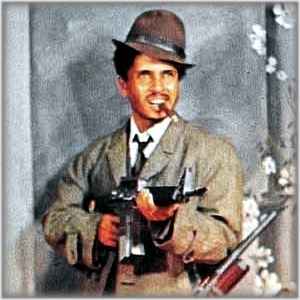 Real Name:
Dennis Smith
Profile:
Dennis Alcapone (real name Dennis Smith) is one of the original Dee-Jays, a classic performer of extraordinary talent and a producer. He was born 6 August 1947 (on his 1975 LP Dread Capone it says 1946), in Clarendon, Jamaica. He first started to D.J for the El Paso Hi-Fi in 1969. Influenced by U-Roy, his excellent D.J skills and ability to toast over the tracks made El Paso the leading sound system of the time. U-Roy was the first DJ to make records voicing over tracks, but it was Dennis' skill and unique style that challenged U-Roy's dominance. His first hits were made for the youth producer Keith Hudson, who doubled as a part time ghetto dentist. In 1970, Dennis had his first hits with tracks like Shades of Hudson, Spanish Omega, Revelation Version, Maca Version and the Sky's the Limit.

Through 1971 Dennis teamed up firstly with Clement "Coxsone" Dodd at the famed Studio One on 13 Brentford Rd. to toast over some classics, as well as toasting over Arthur "Duke" Reid at Treasure Isle and at Bunny Lee's over on Orange Street. With his witty, half-spoken lyrics over the top of the classic rhythms, Dennis created some hit numbers. Tunes like Number One Station, Mosquito One, and Alcapone Guns Don't Argue raced up the Jamaican charts. This success continued into 1972. With tunes like Rock to the Beat, Love is not a Gamble, The Great Woogie, Teach the Children and Musical Alphabet placed Dennis firmly on the front ranks of international reggae.

Through the early 70's Dennis worked making over one hundred tracks and released three albums. He worked with some of the great reggae producers including Coxsone Dodd, Winston Riley, Lee Perry, Joe Gibbs, Prince Buster and others. He toured through Guyana and the UK as well as winning the Swing Magazine award for Best DJ He worked in collaboration with Dennis Brown, Augustus Pablo and Delroy Wilson, and by now his skills were highly prized. By 1974 Dennis was living in England, but continued to tour as well as working in Jamaica. Through the late 70's he worked on making albums for Sidney Crooks, Bunny Lee and Count Shelly. He was also, one of the first DJs to take on a "bad man" persona. Disgruntled with "only getting the praise, and the producer...getting the raise", he went into semi-retirement after the 1973 7" Wake Up Jamaica, but was soon encouraged to have another go at it.

In 1990 he returned to Jamaica and spent over three months recording over digital rhythms for Bunny Lee, Tapper Zukie and Prince Jazzbo. Since then Dennis has toured almost every year. He took part in the Ariwa Showcase with Mad Professor, the successful south London producer appearing along side artists like Macka B and Tippa Irie. By 1994 he was recording for UK dub master Adrian Sherwood and released a 12" version of the classic Rome rhythm as well as working on tracks with the On-U-Collective. His 1995 tour dates included a return home to Heineken Star Time show in Jamaica, his first appearance in twenty years.