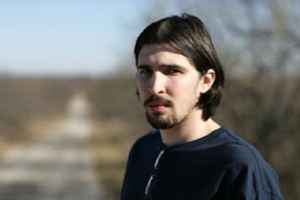 Real Name:
Bernhard Pucher
Profile:
Bernhard Pucher has been producing electronic music for almost a decade. He started buying records in '96 and ended up getting into production within the same year. Inspired by the local dance community he started working on his craft in his home town Vienna, Austria.

In 1998, he moved to Dallas, Texas where he experienced a completely new environment for electronic music. He met a lot of people who were not just into dance, but also into more experimental forms of electronica, including down tempo, industrial, breaks, and hard techno. The new environmen shaped his style and with the help of his friend Stefan Anion, started getting into playing Live as well.

But by 2000, a drastic shift happened. He started teaming up with mutual techno lover Eric Estornel (Maetrik, Mariel Ito) who then introduced him to a form of music he had not properly experienced until then: Minimal and Electro. That shaped his musical style so much that by 2001 he started his own label IRON BOX MUSIC. And with his background in industrial and heavy metal, his minimal sound started to take shape in its own way.

Then by the end of 2004 he has had over 13 releases, including many other remixes and appearances on such labels like Ai Records, Substatic, Spectral, Ware, Onitor, Poker Flat, Tangent Beats, and of course his own label Iron Box Music.
Sites:
ironboxmusic.com, confutatis-music.com
Aliases:
Bernhard Pucher, Confutatis, Echopilot
Variations:
Viewing All | Brian Aneurysm
Aneurysm