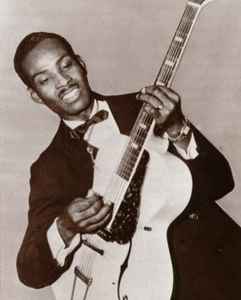 He played with Walter Page's Blue Devils and the orchestras of Bennie Moten, Jimmie Lunceford and Count Basie. He was one of the first musicians to adopt the electric guitar (just invented in 1931) after using instruments with a resonator.

He experimented with proto-amplifiers as early as 1929, for example in the solo of Band Box Shuffle (with Bennie Moten's Kansas City Orchestra, in October 1929), and recorded one of the first amplified guitar tracks in 1935 (on Jimmie Lunceford's cover of Hittin' The Bottle).

In the 1940's, Durham became musical director of the International Sweethearts Of Rhythm, an all-female jazz band. At the same time, he was leading his own combo, which included some Kansas City swing veterans such as Buster Smith and Hot Lips Page.