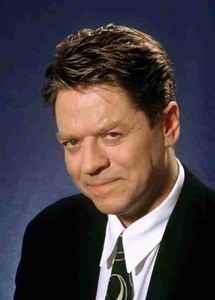 A SOUL SINGER....and really kinda funky to be honest...oh we have passed the minimum req.

January 7, 2021
I enjoyed Robert's work from when "Sally" dropped until the end. No other "Rock" performer produced such high quality work for so many years. (It ill serves his music to cram it into a genre, but oh, well.) Unfortunately make stick stick with him into the 1990s and on, when he cut two of his best albums. "Honey" is masterpiece, right and dynamic. Drive was also excellent.

March 27, 2020
I like the Pride album and played it a lot in the Eighties. It was a couple years before Addicted to Love - which I personally didn't like. Addicted to Love was being played all over the place and the female band video was captivating, but ultimately odd and cold.

Pride, however, avoids hype and cliche and has some great tracks such as The Silver Gun.

March 15, 2016
As of late I was fortunate to pick up the original Island cds from this British singer back catalog of the 1970s. Forget his 1980s mechanical new wave pop Clues & Pressure drop really showcase this mans talent. His early releases are very "American" in sound in the sense he focuses on blues, rock and reggae in many of his songs and pulls it off really well. Palmer had a knack for manifesting alot of feel when singing in these styles. As a musician he had a unique voice and was open to experimentation just like David Bowie but without the theatrical edge.
See 2 replies

November 29, 2014
Are any of you members of the robert palmer group on facebook? Its a great group and is growing all the time!

July 7, 2014
On a Robert Palmer kick lately, great diversity of styles but he still knew how to rock.

March 6, 2014
Agree and third this..Palmer was one of the finest white blues singers ever with a feel that simply cannot be learned-you either have it or you don't.Palmer had it in spades.A legendary vocalist.

June 23, 2011
I second that. Everytime I mention/ put on Palmer people only remember his 80's style.. If you get into his back-catalogue you will see this man was actually a very diverse and creative individual. You'll be remembered and embraced for years and years to come Robert. We all miss you

June 11, 2011
Robert was SO much more than the "Addicted to Love" video-style he will be remembered for. What a great, unique, blessed talent. Miss you, Robert ...